There is a new project up at the Workshop: info.vim, a Vim plugin which implements a complete reader and browser for info documents from within Vim. This is similar to the standalone info program or the Emacs info mode.

Info documents are generally produced by the Texinfo program, which is also the official documentation format for the GNU project. This means that a lot of important manuals, such as the Bourne Again Shell user manual, are written in this format. One could read the manual in HTML or PDF, but that means leaving the editor and interrupting the workflow. Another alternative would be to run standalone info from within a Neovim terminal buffer, but even that's more of a workaround than a real solution, plus you have to learn the weird interface of standalone info. Until now Vim users had no real way of reading info documents without interruption.

The best way to get and idea of info.vim is to see it right in action in this asccicast: 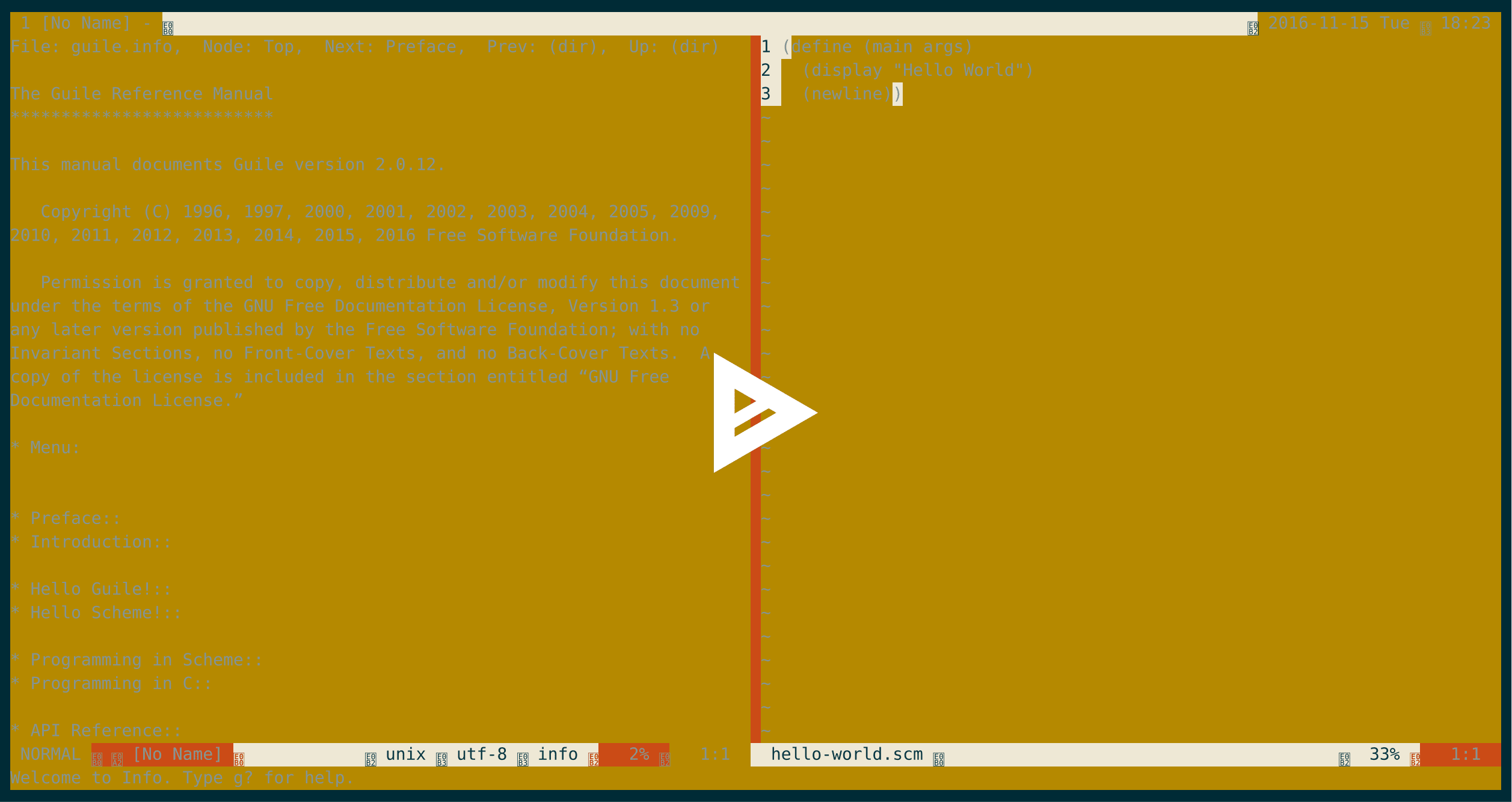 on the Vim command line. Similar to standalone info you can also give a node to jump to:

Info.vim uses the same way of finding files and nodes as standalone info, so even a short form like :Info bash intro would find the right node. The command will open a new window or use an existing window, similar to how Vim's :help works. You can even use the same modifier like :vertical, it will works exactly as you would expect.

Of course reading a node of the manual is only half of what an implementation of info should provide. The other half is navigating the manual. For every navigation a corresponding Vim command is provided: :InfoUp, :InfoNext, :InfoPrev, :Menu, :Follow and :GotoNode. All commands support tab-completion (where applicable) and there is a prompt version of each one that can be mapped to a key by the user:

For those who like to dig deeper into the meat and build their own scripts on top of info.vim there are two very handy features: the b:info variable and info URIs. b:info is a buffer-local dictionary that holds information about the current node, such as sibling nodes, its file or a list of menu items. An info URI is a special URI that can be used to identify info documents. By executing

you will open the corresponding node right in your current window. Much like with the :Info command you can also use a short URI like info://bash/what. Info.vim is clever and will normalise your URI so you don't end up with multiple buffers all displaying the same content. With this of normalisation in place we can even add extra information to the URI's query, like a line- and column number:

So go ahead, download info.vim and browse all those info manuals that have been collecting dust on your hard drive so far, and don't forget to report any issues you might come across.